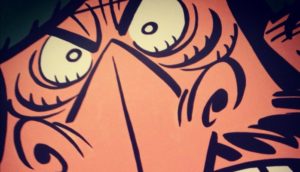 The Iznogoud Syndrome can be defined as follows:

A startup strives to disrupt existing market structures instead of adapting to them.

In most industries, existing relationships are strong, cemented and will not change due to one startup. Therefore, a better strategy is to find ways of providing utility in the existing ecosystem.

The name of this startup syndrome is based on the French comic character who wants to “become Caliph instead of the Caliph“, and continuously fails in that (over-ambitious) attempt. Much similarly, many startups are over-ambitious in their attempt to succeed. In my experience, they have an idealistic worldview while lacking a realistic perspective on the business landscape. While this works for some outliers – for example Steve Jobs – better results can be achieved with a realistic worldview on average. The world is driven by probabilities and hence it’s better to target averages than outliers.

I see them all the time. Most startups I advise in startup courses and events aim at disintermediation: they want to remove vendors from the market and replace them. For example, a startup wanted to remove recruiting agencies by making their own recruiting platform. Since recruiting agencies already have the customer relationships, it’s an unrealistic scenario. What upset me was that the team didn’t even consider providing value to the recruiting agencies, but intuitively saw them as junk to be replaced.

Another example: there is a local dominant service providing information on dance events, which holds something like 90% of market (everyone uses it). Yet, it has major usability issues. Instead of partnering with the current market leader to fix their problems, the startup wants to create its competing platform from scratch and then “steal” all users. That’s an unrealistic scenario. All around, there is too much emphasis put on disintermediation and seeing current market operators either as waste or competitors as oppose to potential partners in user acquisition, distribution or whatever.

Startups should realize they are not alone in the market, but the market has been there for a hundred years. They cannot just show up and say “hey, I’m going to change how you’ve done business for 100 years.” Or they can, but they will most likely fail. This is all well for the industry in which it doesn’t matter if 9 out of 10 fail, as the one winning brings the profits, but for an individual startup it makes more sense to get the odds of success (even average one) greater. So you see, what is good for the startup industry in general is not the same as what is good for your startup in particular.

4. Similarity to other startup syndromes

Simply put, startups should learn more about their customers or clients. They need to understand their business logic (B2B) or daily routines (B2C) and how value can be provided there. In B2B markets, there are generally two ways to provide value for clients:

If you do so, potential clients are more likely to listen. As stated previously, this is a more realistic scenario in doing business than thinking ways of replacing them.