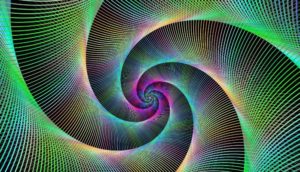 This is a short post taking a stance on programmatic ad platforms. It’s based on one single premise:

Digital convergence will lead into a situation where all ad spend, not only digital, will be managed through self-service, open ad platforms that operate based on auction principles

There are several reasons as to why this is not yet a reality; some of them relate to lack of technological competence by traditional media houses, some to their willingness to “protect” premium pricing (this protection has led to shrinking business and keeps doing so until they open up to the free market pricing), and a host of other factors (I’m actually currently engaged in a research project studying this phenomenon).

Digital convergence – you what?

Anyway, digital convergence means we’ll end up running campaigns through one or possibly a few ad platforms that all operate according to the same basic principles. They will resemble a lot like AdWords, because AdWords has been and still is the best advertising platform ever created. Why self-service is critical is due to the necessity of eliminating transaction costs in the selling process – we don’t in most cases need media sales people to operate these platforms. Because we don’t need them, we won’t need to pay their wages and this efficiency gain can be shifted to the prices.

The platforms will be open, meaning that there are no minimum media buys – just like in Google and Facebook, you can start with 5 $ if you want (try doing that now with your local TV media sales person). Regarding the pricing, it’s determined via ad auction, just like in Google and Facebook nowadays. The price levels will drop, but lowered barrier of access will increase liquidity and therefore fill seats more efficiently than in human-based bargaining. At least initially I expect some flux in these determinants — media houses will want to incorporate minimum pricing, but I predict it will go away in time as they realize the value of free market.

But now, to Google…

If Google was smart, it would develop programmatic ad platform for TV networks, or even integrate that with AdWords. The same applies actually to all media verticals: radio, print… Their potential demise will be this Alphabet business. All new ideas they’ve had have failed commercially, and to focus on producing more failed ideas leads unsurprisingly to more failure. Their luck, or skill however you want to take it, has been in understanding the platform business.

Just like Microsoft, Google must have people who understand about the platform business.

They’ve done a really good job with vertical integration, mainly with Android and Chrome. These support the core business model. Page’s fantasy land ideas really don’t. Well, from this point of view separating the Alphabet from the core actually makes sense, as long as the focus is kept on search and advertising.

So, programmatic ad platforms have the potential to disrupt Google, since search still dwarfs in comparison to TV + other offline media spend. And in the light of Google’s supposed understanding of platform dynamics, it’s surprising they’re not taking a stronger stance in bringing programmatic to the masses – and by masses, I mean offline media where the real money is. Google might be satisficing, and that’s a road to doom.