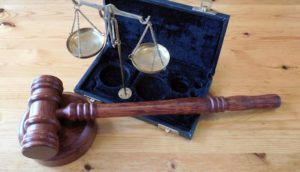 Google has an incentive to group advertisers in ad auction even when this conflicts with the goals of an individual advertiser.

For example, you’d like to bid on ‘term x‘ and would not like be included in auctions ‘term x+n‘ due to e.g. lower relevance, your ad might still participate in the auction.

This relates to two features:

Simply put, the more bidders competing in the same ad auction, the higher the click price and therefore Google’s profit. It needs to be remarked that pooling not only increases the CPC of existing ad auctions by increasing competition, but it also creates new auctions altogether (because there needs to be a minimum number of bidders for ads to be launched on the SERP).

A practical example of this moral hazard is Google’s removal of ‘do not include synonyms or close variants‘ in the AdWords campaign settings, which took place a couple of years ago.

There are two ways advertisers can counter this effect:

In conclusion, I always tell my students that Google is a strategic agent that wants to optimize its own gain — as far as its and advertiser’s goals are aligned, everything is fine, but there are these special cases in which the goals deviate and the advertisers needs to recognize them and take action.