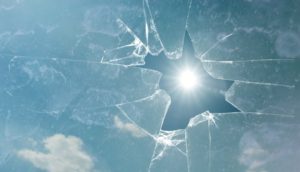 There is a fallacy within broken window fallacy.

I will now explain this argument.

Essentially, the fallacy (by the classic French economist Frederick Bastiat) argues that “breaking windows”, although brings work for window repairers and thus adds to economic activity, is sub-optimal because of the opportunity cost of using the work to build (or buy) something new.

But, this means there indeed is alternative job for the window repairer, or that the labor COULD be used more efficiently elsewhere (e.g., producing innovations). In the early days, where productivity was the bottle-neck for economic growth, this might have been the case.

But nowadays, I think the modern job market dynamics do not categorically support the broken window fallacy — it’s getting increasingly difficult to create products that add genuine value and not only rely on exploiting market inefficiencies (which, arguably, could be a form of value) or persuading consumers to buy for the sake of owning the new shiny thing (which is often misunderstood as marketing’s core value added).

As of now, we’d need some more broken windows to stimulate the economy and get the money circulating.

Productivity is no longer the bottleneck for growth — there is over-supply in both material produce and human labor — generating demand is now the primary economic problem. Marketers would recognize this as the shift from production orientation to sales-orientation and finally to customer orientation.

We need a similar shift in the scale of the economy.

But how to accomplish that?

A good start, from policy perspective, are infrastructure projects that produce not only jobs but enable the platform effect, i.e. possibility to “innovate on top of” as per the classic definition of platforms. Any investments that enable the creation of economic activity, either by moving or connecting people, or by removing barriers such as Uber-prohibitive taxi cartels, or by making licenses and software tools and equipment accessible and affordable for all (also in terms of skills, viz. education), or by supporting incubators and access to early-stage funding, are positive ways to enable the creation of innovations.

Consider Finland — I live in Turku which is about two hours train ride from Helsinki. Turku is a big city (in Finnish standards) but in terms of job opportunities it pales in comparison to Helsinki (which is the capital). So, lately there has been talks of a “one hour train” between Turku and Helsinki. As stated previously, building this would not only increase employment but also provide a platform externality since more people would be able to live in Turku and work in Helsinki.

Instead of investing the money which Finland is borrowing at an increasing rate to unemployment benefits, it should go to employing people on e.g. infrastructure projects like this.

Now consider Europe; following the same logic, we should focus on large-scale infrastructure projects like improving railroad connections between Asia and Europe, roads, hospitals, telecommunications, etc. Instead, much time is spent arguing on either minor details or managing whatever “threats” (refugees, euro-crisis) the continent is facing.

Dealing with threats is important sure, but the policies cannot only be reactive — without a foresight and building concrete things, there will be no better tomorrow.

Anyway, transportation, communications technology, better housing and health-care — I’m counting those as infrastructure services that benefit the economy both short- and long-term. And repairing any of them does not fall under broken window fallacy — quite the opposite.

The author works as a researcher at the Turku School of Economics.