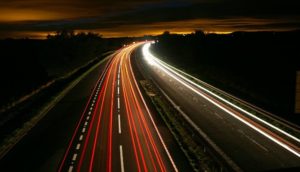 Ad quality is an issue in programmatic buying where ad exchange takes place via computer systems. In traditional ad exchange, there’s a human supervising the quality of advertising, but in a programmatic system it’s possible to receive spammy, illegal, or otherwise undesirable advertising without publishers (ad sellers) being aware of it. Likewise, the quality of performance such as clicks, likes or even impressions might be compromised by fraudulent bot behavior.

In the lack of humans, how to control for quality? Well, some ways include:

There – I believe these are the most common ways to control ad quality in modern programmatic advertising platforms. If you have anything
to add, please share it in the comments!

EDIT: Came across with another quality control mechanism: private exchanges. They effectively limit the number of participating advertisers making it manageable for a small number of humans to verify the ads. The whole point of the problem is that this works for a handful or so ads, but when there are millions of ad units, humans cannot be used as the primary solution.