Why human services are needed for world peace 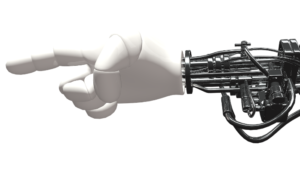 The bot can be boss, as long as we have jobs.

Why are human services the future of our economy? (And, therefore, an absolute requirement for world peace [1].)

Here are some ideas:

Human services are the key to sustainable and socially balanced consumption – I look at Finland back in the 1950s; we were a real service economy. Today, every job possible has been replaced either by automation or by self-service (which companies call “customer participation”). We’re a digital self-service economy, not a service economy anymore.

I long for the days when we had bellboys, cleaning ladies, office clerks, research assistants and other support staff — they are important jobs which nowadays are no more. Self-service and efficiency are in fact the enemies of employment. We must consider if we want a society optimized for efficiency or one optimized for well-being (I’m starting to sound like, Bernie Sanders; which might not be a bad thing as such, but the argument has a deeper rationale in it).

Maximum efficiency is not maximum employment, far from it.

Regarding Silicon Valley and startups, there should be a counter-movement against efficiency. So far, software has been eating the world, and the world — at least in terms of job market — is becoming increasingly less. Granted, many new job types have been created to compensate for the loss, but much more is needed to fill the gap software is leaving. I think there needs to be a call for new type of startups, ones that empower human work. If you think about it, there already exists some good examples – Uber, Taskrabbit, Fiverr, Upwork are some of them. But all too often the core value proposition of a startup is based on its ability to reduce “waste” – that is, human labor.

I do not think there is any limit to creation of human services. People are never completely satisfied, and their new needs spawn new services, which in turn require new services, and so on and on. In fact, the only limit to consumption of services is one’s time and cognitive abilities! This is good and well, even hopeful if we think of the big picture. But I do think an environment needs to be created where incentives for providing human services match those of machine services, or at least approach that much more than what it currently does.

This is an issue that definitely needs to be addressed with real structural reforms in the society; as of yet, I haven’t seen ANY of that — not even discussion — in Finland. It’s as if the world was moving but the politicians were asleep, stuck in some old glory days. But in the end we all want the same thing – we want those old days BACK, when everyone had a job. It’s just that we cannot do it without adjusting the policies — radically — to the radical change of productivity which has taken place in the past decades.

It’s like another candidate — not Sanders — says: We gotta start winning again.

[1] The premise here is that the well-being of a middle class is required for a balanced and peaceful society. In contrast, the crumbling middle class will cause social unrest and wide dissatisfaction which will channel out in political radicalism, scapegoat seeking, and even wars between nations. Jobs are not just jobs, they are vehicle for peace.

The author has taught services marketing at the Turku School of Economics.