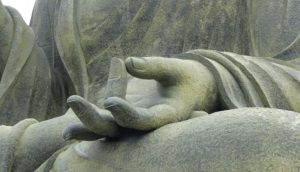 What people believe, sometimes because real because of that.

1. Introduction. People are driven by beliefs and assumptions. We all make assumptions and use simplified thinking to cope with complexities of daily life. These include stereotypes, heuristical decision-making, and many forms of cognitive biases we’re all subject to. Because information individuals have is inherently limited as are their cognitive capabilities, our way of rational thinking is naturally bounded (Simon, 1956).

2. Belief systems. I want to talk about what I call “belief systems”. They can be defined as a form of shared thinking by a community or a niche of people. Some general characterizations follow. First, belief systems are characterized by common language (vocabulary) and shared way of thinking. Sociologists could define them as communities or sub-cultures, but I’m not using that term because it is usually associated with shared norms and values which do not matter in the context I refer to in this post.

4. Adoption of belief systems. For a belief system to spread, it is subject to the laws of network diffusion (Katz & Shapiro, 1985). The more people have adopted a belief system, the more valuable it becomes for an individual user. This encourages further adoption as a form of virtuous cycle. Simplicity enhances diffusion – a complex system is most likely not adopted by a critical mass of people. “Critical mass” refers here to the number of people sharing the belief system needed for additional members to adopt a belief system. Although this may not be any single number since the utility functions controlling the adoption are not uniformly distributed among individuals; there is an underlying assumption that belief systems are social by nature. If not enough people adopt a belief system, it is not remarkable enough to drive human action at a meaningful scale.

5. Understanding. Belief systems are intangible and unobservable by any direct means, but they are “real” is social sense of the word. They are social objects or constructs that can be scrutinized by using proxies that reflect their existence. The best proxy for this purpose is language. Thus, belief systems can be understood by analyzing language. Language reveals how people think. The use of language (e.g., professional slang) reveals underlying shared assumptions of members adhering to a belief system. An objective examinator would be able to observe and record the members’ use of language, and construct a map of the key concepts and vocabulary, along with their interrelations and underlying assumptions. Through this proceduce, any belief system could be dissected to its fundamental constituents, after which the merits and potential dischords (e.g., biases) could be objectively discussed.

For example, startup enthusiasts talk about “customer development” and “going out of building” as new, revolutionary way of replacing market research, whereas marketing researchers might consider little novelty in these concepts and actually be able to list those and many more market research techniques that would potentially yield a better outcome.

6. Performance. By objective means, a certain belief system might not be superior to another either to be adopted or to perform better. In practice, a belief system can yield high performance rewards either due to 1) additional efficiency in communication, 2) randomity of it working better than other competing solutions, or 3) its heuristical properties that e.g. enhance decision-making speed and/or accuracy. Therefore, beliefs systems might not need to be theoretically optimal solutions to yield a practically useful outcome.

7. Changing belief system. Moreover, belief systems are often unconcious. Consider the capitalistic belief system, or socialist belief system. Both drive the thinking of individuals to an enormous extent. Once a belief system is adopted, it is difficult to learn away. Getting rid of a belief system requires considerable cognitive effort, a sort of re-programming. An individual needs to be aware of the properties and assumptions of his belief system, and then want to change them e.g. by for looking counter-evidence. It is a psychological process equivalent to learning or “unlearning”.

8. Conclusion. People operate based on belief systems. Belief systems can be understood by analyzing language. Language reveals how people think. The use of language (e.g., professional slang) reveals underlying shared assumptions of a belief system. Belief systems produce efficiency gains for communication but simultaneously hinder consideration of possibly better alternatives. A belief system needs to be simple enough to be useful, people readily absorb it and do not question the assumptions thereafter. Changing belief systems is possible but requires active effort for a period of time.