About moral hazard and banking crises 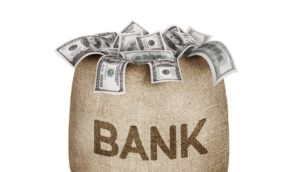 The struggle against moral hazard in banking is constant and real. There’s no turn-key solution for eliminating it, but it must be kept in mind at all times by policy makers.

Consider the following citation from Wikipedia:

“The role of the lender of last resort, and the existence of deposit insurance, both create moral hazard, since they reduce banks’ incentive to avoid making risky loans. They are nonetheless standard practice, as the benefits of collective prevention are commonly believed to outweigh the costs of excessive risk-taking.”

This structural problem, similar to that of the problem of the commons, drives individual bankers into competing with risks. It’s an escalating situation in which one banker takes a slightly larger risk; after seeing this one fares okay, another banker takes again a marginally increased risk position, and so on. As a result, the overall risk position of the market escalates (little by little), until one trigger event causes a collapse.

Because there is a lender of last resort, the risks for the bankers are mitigated (as long as there are enough bankers who participate in “bidding up” the risks). Because there is deposit insurance, the risk for the private individuals is eliminated as well, so they continue putting their money on the “roulette table” of the (rationally) greedy banker. The lender of the last resort will impose some more regulation, and the bankers promise to behave nicely.

However, there are no fixed threshold rules in how the financial markets work and so “boiling the frog” begins all over again.

In my opinion, the best way to counter this effect of excessive risk taking is to move the collective risk at individual risk level, so that bankers would be privately responsible for their bank’s rescue – this would take the form of losing banking license and/or private assets.

This might lead, in cases of crises, in exchange of an entire generation of bankers, but this would only be fair; at good times, they are healthily compensated, so at bad times of their own doings, they must bear the consequences. Moral hazard, by definition, arises when there is a potential that the interests of the agent and the principal differ – by aligning the interests, the problem perishes. The same effect works in reverse; in this case aligning the cost of reckless behavior.

The author is a university teacher at the Turku School of Economics. His “hobby” is to keep track of the euro-crisis.