A.I. – the next industrial revolution? 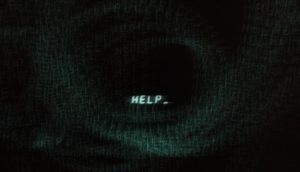 Many workers are concerned about “robotization” and “automatization” taking away their jobs. Also the media has been writing actively about this topic lately, as can be seen in publications such as New York Times and Forbes.

Although there is undoubtedly some dramatization in the scenarios created by the media, it is true that the trend of automatization took away manual jobs throughout the 20th century and has continued – perhaps even accelerated – in the 21st century.

Currently the jobs taken away by machines are manual labor, but what happens if machines take away knowledge labor as well? I think it’s important to consider this scenario, as most focus has been on the manual jobs, whereas the future disruption is more likely to take place in knowledge jobs.

This article discusses what’s next – in particular from the perspective of artificial intelligence (A.I.). I’ve been developing a theory about this topic for a while now. (It’s still unfinished, so I apologize the fuzziness of thought…)

Theory on development of job markets

My theory on development of job markets relies on two key assumptions:

The idea here is that while it is relatively easy to replace a job taken away by simple machines (sewing machines still need people to operate them), it is much harder to replace jobs taken away by complex machines (such as an A.I.) providing higher productivity. Consequently, less people are needed to perform the same tasks.

By “development cycles”, I refer to the drastic shift in job market productivity, i.e.

Another assumption is that the labor skills follow the Gaussian curve. This means most people are best suited for manual jobs, while information economy requires skills that are at the upper end of that curve (the smartest and brightest).

In other words, the average worker will find it more and more difficult to add value in the job market, due to sophistication of the systems (a lot more learning is needed to add value than in manual jobs where the training requires a couple of days). Even currently, the majority of global workers best fit to manual labor rather than information economy jobs, and so some economies are at a major disadvantage (consider Greece vs. Germany).

Consistent to the previous definition, we can see the job market including two types of workers:

The former create the systems as their job, whereas the latter operate them as their job. For example, in the sphere of online advertising, Google’s engineers create the AdWords search-engine advertising platform, which is then used by online marketers doing campaigns for their clients. At the current information economy, the best situation is for workers who are able to create systems – i.e. their value-added is the greatest. With an A.I, however, both jobs can be overtaken by machine intelligence. This is the major threat to knowledge workers.

The replacement takes place due to what I call the errare humanum est -effect (disadvantage of humans vis-à-vis machines), according to which a machine is always superior to job tasks compared to human which is an erratic being controlled by biological constraints (e.g., need for food and sleep). Consequently, even the brightest humans will still lose to an A.I.

(Some of these figures are a bit outdated, but in general they serve to support my argument.)

Therefore, the ratio of workers vs. customers is much lower than in previous transitions. To build a car for one customer, you need tens of manufacturing workers. To serve customers in a super-market, the ratio needs to be something like 1:20 (otherwise queues become too long). But when the ratio is 1:1,000,000, not many people are needed to provide a service for the whole market.

As can be seen, the mobile application industry which has been touted as a source of new employment does indeed create new jobs [7], but it doesn’t create them for masses. This is because not many people are needed to succeed in this business environment.

Further disintermediation takes place when platforms talk to each other, forming super-ecosystems. Currently, this takes place though an API logic (application programming interface) which is a “dumb” logic, doing only prescribed tasks, but an A.I. would dramatically change the landscape by introducing creative logic in API-based applications.

Which jobs will an A.I. disrupt?

Many professional services are on the line. Here are some I can think of.

An A.I. can allocate budget and optimize campaigns far more efficiently than erroneous humans. The step from Google AdWords and Facebook Ads to automated marketing solutions is not that big – at the moment, the major advantage of humans is creativity, but the definition of an A.I. in this paper assumes creative functions.

An A.I. can recall all laws, find precedent cases instantly and give correct judgments. I recently had a discussion with one of my developer friends – he was particularly interested in applying A.I. into the law system – currently it’s too big for a human to comprehend, as there are thousands of laws, some of which contradict one another. An A.I. can quickly find contradicting laws and give all alternative interpretations. What is currently the human advantage is a sense of moral (right and wrong) which can be hard to replicate with an A.I.

An A.I. makes faster and more accurate diagnoses; a robot performs surgical operations without flaw. I would say many standard diagnoses by human doctors could be replaced by A.I. measuring the symptoms. There have been several cases of incorrect diagnoses due to hurry and the human error factor – as noted previously, an A.I. is immune to these limitations. The major human advantage is sympathy, although some doctors are missing even this.

Even developers face extinction; upon learning the syntax, an A.I. will improve itself better than humans do. This would lead into exponentially accelerating increase of intellect, something commonly depicted in the A.I. development scenarios.

Basically, all knowledge professions if accessible to A.I. will be disrupted.

Which jobs will remain?

Actually, the only jobs left would be manual jobs – unless robots take them as well (there are some economic considerations against this scenario). I’m talking about low-level manual jobs – transportation, cleaning, maintenance, construction, etc. These require more physical material – due to aforementioned supply and demand dynamics, it may be that people are cheaper to “build” than robots, and therefore can still assume simple jobs.

At the other extreme, there are experience services offered by people to other people – massage, entertainment. These can remain based on the previous logic.

How can workers prepare?

I can think of a couple of ways.

First, learn coding – i.e. talking to machines. people who understand their logic are in the position to add value — they have an access to the society of the future, whereas those who are unable to use systems get disadvantaged.

The best strategy for a worker in this environment is continuous learning and re-education. From the schooling system, this requires a complete re-shift in thinking – currently most universities are far behind in teaching practical skills. I notice this every day in my job as a university teacher – higher education must catch up, or it will completely lose its value.

Currently higher education is shielded by governments through official diplomas appreciated by recruiters, but true skills trump such an advantage in the long run. Already at this moment I’m advising my students to learn from MOOCs (massive open online courses) rather than relying on the education we give in my institution.

What are the implications for the society?

It is not hard to see these are contrasting: less people are needed for the same produce, whereas more people are born, and thus need jobs. The increase of people is exponential, while the increase in productivity comes, according to my theory, in large shifts. A large shift is bad because before it takes place, everything seems normal. (It’s like a tsunami approaching – no way to know before it hits you.)

What are the scenarios to solve the mega-trend contradiction?

I can think of a couple of ways:

By adopting a Marxist approach, we can see there are two groups who are best off in this new world order:

Others, as argued previously, are at a disadvantage. The phenomenon is much similar to the concept of “digital divide” which can refer to 1) the difference of citizens from developed and developing countries’ access to technologies, or 2) the ability of the elderly vs. the younger to use modern technology (the latter have, for example, worse opportunities in high-tech job markets).

There are some relaxations to the arguments I’ve made. First, we need to consider that the increase of time people have as well as the general population increase create demand for services relating experiences and entertainment per se; yet, there needs to be consideration of re-distribution of wealth, as people who are unable to work need to consume to provide work for others (in other words, the service economy needs special support and encouragement from government vis-à-vis machine labor).

While it is a precious goal that everyone contribute in the society through work, the future may require a re-check on this protestant work ethic if indeed the supply of work drastically decreases. the major reason, in my opinion, behind the failure of policies reducing work hours such as the 35-hour work-week in France is that other countries besides these pioneers are not adopting them, and so they gain a comparative advantage in the global market. We are yet not in the stage where supply of labor is dramatically reduced at a global scale, but according to my theory we are getting there.

Secondly, a major relaxation, indeed, is that the systems can be usable by people who lack the understanding of their technical finesse. This method is already widely applied – very few understand the operating principles of the Internet, and yet can use it without difficulties. Even more complex professional systems, like Google AdWords, can be used without detailed understanding of the Google’s algorithm or Vickrey second-price sealed auctions.

So, dumbing things down is one way to go. The problem with this approach in the A.I. context is that when the system is smart enough to use itself, there is no need to dumb down – i.e., having humans use it would be a non-optimal use of resources. Already we can see this in some bidding algorithms in online advertising – the system optimizes better than people. At the moment we online marketers can add value through copywriting and other creative ways, but the upcoming A.I. would take away this advantage from us.

It is natural state of job markets that most workers are skilled only for manual labor or very simple machine work; if these jobs are lost, new way of organizing society is needed. Rather than fighting the change, societies should approach it objectively (which is probably one of the hardest things for human psychology).

My recommendations for the policy makers are as follows:

Because the problem of reducing job demand is not acute, these changes are unlikely to take place until there is no other choice (which is, by the way, the case for most political decision making).

Up to which point can the human labor be replaced? I call it the point of zero human when no humans are needed to produce an equal or larger output than what is being produced at an earlier point in time. The fortune of humans is that we are all the time producing more – if the production level was at the stage of 18th century, we would already be in the point of zero human. Therefore, job markets are not developing in a predictable way towards point of zero human, but it may nevertheless be a stochastic outcome of the current development rate of technology. Ultimately, time will tell. We are living exciting times.